My Self-Publishing Adventure Episode Twelve – Is Free Too Much? 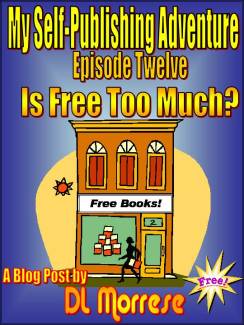 How’s this for a business model? An independent developer invests thousands of hours over several years creating a product. He pays hundreds if not thousands of dollars for testing and packaging. When the fruit of his labor is finally ready for the public, he gives it away free.

Insane, right? Yet this is what indie authors commonly do. It has almost become an industry standard. It is, in fact, one of the major selling points of KDP Select. Giving Amazon an exclusive for the digital edition of an author’s book for ninety days allows the writer to give that book away for up to five days — free — for nothing.

Of course, the author hopes that thousands of people will obtain a free copy and love it so much they will tell their friends and write glowing reviews. I mean, who would turn down a free masterpiece? The answer, apparently, is ‘most people.’

But back to the point of sharing my adventure, I’ll tell you what I did and what happened.

I decided to make Defying Fate, the combined digital edition of my first two books, available only on Kindle and therefore eligible for KDP Select. This allows U.S. Amazon Prime members to borrow it free. (As far as I know, no one yet has.) It also allows me to reduce the price to $0 for up to five days as a promotion. I decided to do this because I have taken advantage of these types of promotions when other authors did them. I downloaded several free books that I probably would not have purchased otherwise. Some I liked. Some I didn’t. I wrote reviews on those I did. The reviews were a kind of ‘thank you’ for the free book, and they may help both book and author get more attention. Who knows? Someone might see them.

I planned my free promotion for the first two days of July 2012. They fell on a Sunday and Monday. My thinking was that some people would be planning time off work that week in conjunction with the 4th of July holiday and might want something new to read.

I began promoting my free promotion (yeah, I know) a couple of weeks in advance on my blog, Goodreads, Facebook, Twitter and Google+. Each day I’d send at least one tweet telling the world that my free days were coming, and I sent additional Tweets each day it ran. I got a lot of help from Twitter friends who retweeted my tweets to their followers to help me get the word out. They are some sweet tweeters.

The technical part worked well. The free promotion was simple to schedule from the KDP site, and when the day came, the price dropped to $0 on Amazon sites for the U.S. U.K. Germany, France, Spain, and Italy. When the scheduled promotion ended, the price returned to the regular $4.99 (or the applicable equivalent in Pounds or Euros).

There was only one glitch I heard of, and that came from a nice lady in the Netherlands who could not download from any of the Amazon sites. This may have more to do with Dutch law than Amazon policy. I really don’t know. I sent her a copy.

I am unsure what to conclude. For one thing, I don’t know how these figures compare with others who have run KDP free promos. I also don’t know how the promotion affected my book’s ranking. Actually, I’m not a big fan of rankings. It implies that books are in competition. They are not. I am not competing for readers. I don’t want people to read my book instead of a book by some other author. I want them to read my book in addition to books by other authors.

Still, 218 seems like a low number to me. I may be in denial about this, but I’m sure this is a damn good book. Of course, only those who read it will know that, and my promotion just might result in a few more people who will do that. This is a good thing, and the promotion could be considered successful if only one more person ends up actually reading the book. 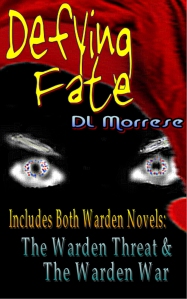 But why didn’t more people grab a free copy? I don’t know. Maybe my cover sucks. Maybe the book blurb on Amazon is uninteresting. I don’t think either is true, but my opinion on this is hardly unbiased. I simply may be overestimating the number of people who would enjoy a lighthearted epic adventure. I can only speculate about why, but a few things come to mind, two of which have much to do with perception and little to do with reality.

Again, this may be another case of denial, looking for ways to point blame anywhere but at my own work, so let me say once again that I may be dead wrong. My book may suck like a fusion-powered vacuum cleaner. All I can say without qualification is that I like it.

Whether denial or a rational hypothesis, these things occurred to me as possible explanations for why there were not more downloads.

Unfortunately, the only one of these an indie author can influence is the first. I probably won’t. I don’t want to peddle my books or myself, and I don’t think I have much talent when it comes to marketing. There is only one way that an author can avoid all three of these problems — traditional publishing. This is why I have decided to pursue this route for my next few novels at least.

Posted in Self Publishing