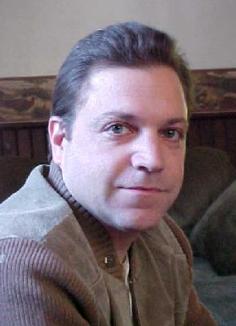 D.L. Morrese has made a hobby out of writing novels. It’s not his job. Calling it a job would imply that it provides him with an income. Writing doesn’t. Not much of one, anyway. He once did a bit of quick math to see what he was being paid. His royalties for the year, divided by the number of hours he spent on his books during that time, worked out to about 10¢ per hour. It wasn’t enough to cover the cost of nice new keyboard. If you looked at it as a business, it would be a failing one. Fortunately, he’s not doing it for the money. In his experience, paying jobs aren’t much fun. The writing thing kind of is, and when he sees a review posted by someone who has enjoyed one of his books, it almost feels worth all the effort. So, at least for now, he’s sticking with it and is calling himself an author. In the past, he’s been an unappreciative son, a mediocre student, a fairly competent short order cook, an unenthusiastic office worker, and an unprepared husband and father. He’s lived in five states of the US and one county in the UK. Through all of those, he’s been a reader. Science fiction and fantasy were his preferred genres when he was young. He still reads those along with historical fiction, mysteries, nonfiction (mostly science, history, and economics), and anything else that catches his eye. He tries to read at least 100 books a year and normally does.

Agents, Publishers, Producers and others who may wish to offer him vast amounts of money (or a doughnut or whatever) may contact him here: http://fuzzyandroid.wordpress.com/contact/