Will The Discworld End? Should It? 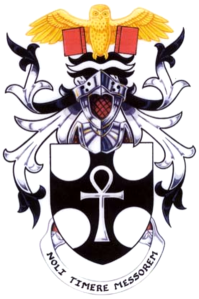 In December 2007, Terry Pratchett, the much honored and award winning author of the Discworld fantasy series as well as other books, publicly announced that he was suffering from early-onset Alzheimer’s disease. Many of his fans since then have wondered if Discworld can continue once Sir Terry can no longer write or if it even should.

I came across a discussion on this very subject a couple of days ago on The Morporkian, a Terry Pratchett discussion group on goodreads. The question posed asked how people felt about the Discworld series continuing on without Terry Pratchett. You can see the discussion here if you’d like: A Surrogate Pratchett?

I visit Discworld often and I actually dread not being able to look forward to the next new book but I have sadly concluded that there is only one Terry Pratchett. I have looked long and hard for other writers who can capture a similar tone and mood and I have found none – none at all.
Pratchett is unique and (need I say) my favorite author. I’ve mentioned him several times in my blog as both a writer of wonderful stories and as an inspiration for my own but I’m doubtful anyone I know of can do justice to the series. Pratchett’s ability to create believable and truly likeable characters in an unbelievable world and his ability to create entertaining and humorous stories while providing deep cultural insights is enviable and wonderful.
I won’t say that it is impossible to find someone to carry on. Perhaps there are writers out there who can and if Terry Pratchett names a successor, I will certainly give his or her books a try. Quite honestly, I hope he does. A round world without a Discworld to reflect the truly important bits would be a much sadder place.

A reader and writer of speculative fiction. See my website for more information on me and my writing. https://dlmorrese.wordpress.com/
View all posts by Dave »